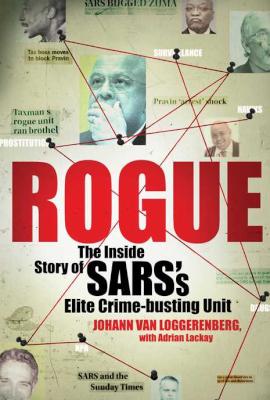 The story of a ‘rogue unit’ operating within the South African Revenue Service (SARS) became entrenched in the public mind following a succession of sensational reports published by the Sunday Times in 2014. The unit, the reports claimed, had carried out a series of illegal spook operations: they had spied on President Jacob Zuma, run a brothel, illegally bought spyware and entered into unlawful tax settlements.

In a plot of Machiavellian proportions, head of the elite crime-busting unit Johann van Loggerenberg and many of SARS’s top management were forced to resign. Van Loggerenberg’s select team of investigators, with their impeccable track record of busting high-level financial fraudsters and nailing tax criminals, lost not only their careers but also their reputations. Now, in this extraordinary account, they finally get to put the record straight and the rumours to rest: there was no ‘rogue unit’. The public had been deceived, seemingly by powers conspiring to capture SARS for their own ends.

Shooting down the allegations he has faced one by one, Van Loggerenberg tells the story of what really happened inside SARS, revealing details of some of the unit’s actual investigations.