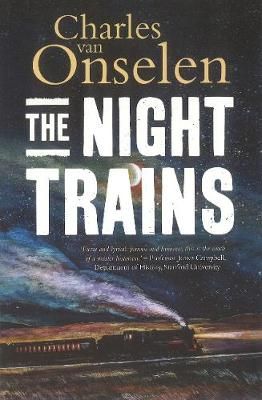 The price exacted from across the African subcontinent for South Africa’s stalled 20th-century industrial revolution is, in human terms, still largely hidden from history. For half a century, up to the mid-1950s, privately operated trains travelled by night between Ressano Garcia, on the Mozambique border, and Booysens station, in Johannesburg. The night trains carried Mozambicans recruited to work in the mines of the booming Witwatersrand. The up-trains disgorged their human cargo into the maw of the great Rand mining machine, while the down-trains whisked away the time-expired miners – often ill, broken or insane, and preyed on by con men, petty criminals and corrupt officials. While mine labour was recruited from all over southern Africa, Mozambican migrants made up the largest component, and they paid the highest price.

Charles van Onselen clinically reconstructs the world of the night trains, which were run as a partnership between the mining houses and the railways. By tracing the up and down rail journeys undertaken by black migrants over half a century it is possible to discern how racial thinking, expressed logistically, reflected South Africa’s evolving systems of segregation and apartheid. Mirroring the brutal logic of industrial capitalism, this was a system of transport designed to maximise profit at the expense of the health, well-being and even the lives of those it conveyed.