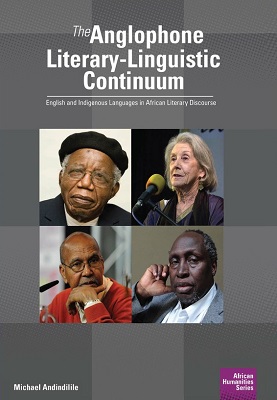 Michael Andindilile interrogates Obi Wali’s (1963) prophecy that continued use of former colonial languages in the production of African literature could only lead to ‘sterility’, as African literatures can only be written in indigenous African languages. In doing so, Andindilile critically examines selected of novels of Achebe of Nigeria, Ngũgĩ of Kenya, Gordimer of South Africa and Farah of Somalia and shows that, when we pay close attention to what these authors represent about their African societies, and the way they integrate African languages, values, beliefs and cultures, we can discover what constitutes the Anglophone African literary–linguistic continuum. This continuum can be defined as variations in the literary usage of English in African literary discourse, with the language serving as the base to which writers add variations inspired by indigenous languages, beliefs, cultures and, sometimes, nation-specific experiences.