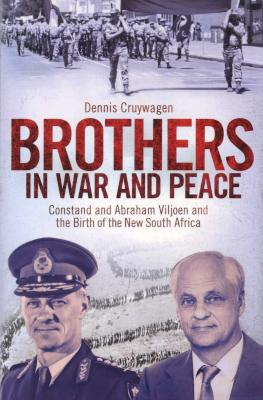 Abraham and Constand Viljoen were identical twins who took starkly different paths in life. One was a deeply religious man, who opposed apartheid; the other was a man of war, who became head of the SADF. But together they would play a crucial role in preventing South Africa from descending into civil war.

In the early 1990s, Constand came out of retirement to head the Afrikaner Volksfront, which opposed the negotiations with the ANC and made plans for military action. Realising that war would destroy their country, Abraham approached his estranged brother and urged him to consider the alternative: talks with the ANC. What followed was a series of secret meetings and negotiations that ultimately prevented civil war.

Brothers in War and Peace documents the crucial yet largely unheralded role the Viljoen brothers played in ensuring peace in South Africa. Based on interviews with the brothers and other key political figures, the book gives new insights into a time when the country’s future was on a knife-edge.