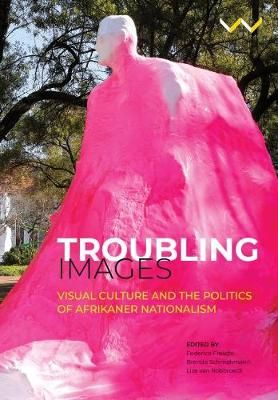 Emerging in the late nineteenth century and gaining currency in the 1930s and 1940s, Afrikaner nationalist fervour underpinned the establishment of white Afrikaner political and cultural domination during South Africa’s apartheid years. Focusing on manifestations of Afrikaner nationalism in paintings, sculptures, monuments, buildings, cartoons, photographs, illustrations and exhibitions, Troubling Images offers a critical account of the role of art and visual culture in the construction of a unified Afrikaner imaginary, which helped secure hegemonic claims to the nation-state.

This insightful volume examines the implications of metaphors and styles deployed in visual culture, and considers how the design, production, collecting and commissioning of objects, images and architecture were informed by Afrikaner nationalist imperatives and ideals. While some chapters focus only on instances of adherence to Afrikaner nationalism, others consider articulations of dissent and criticism.