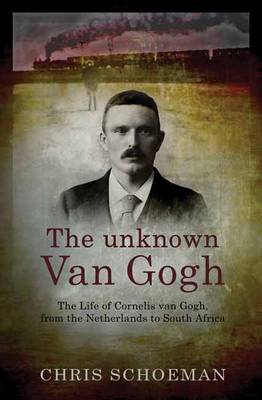 Much has been written about Vincent van Gogh and his tempestuous relationship with his brother Theo. But few people know that there was a third Van Gogh brother, Cornelis, who was raised in the Netherlands, but worked, married and died in South Africa.

Cornelis came to South Africa in 1889, aged twenty-two, and worked as an engineer, first for the Cornucopia Gold Company in Germiston and then for the Nederlandsche Zuid-Afrikaansche Spoorweg Maatskappy in Pretoria. He sided with the Boers in the Anglo-Boer War, first as a railway engineer and later as a commando in the Free State. Suffering from fever, he ended up in a hospital in Brandfort in 1900, where he committed suicide by shooting himself, as had his brother Vincent ten years before.

Chris Schoeman’s biography of Cor van Gogh recreates South Africa in the last decade of the nineteenth century, tells the personal story of this young uitlander, as revealed in his letters, and describes his relationship with his famous brother Vincent. With new insights based on original research, this book is an important addition to South African and world history.